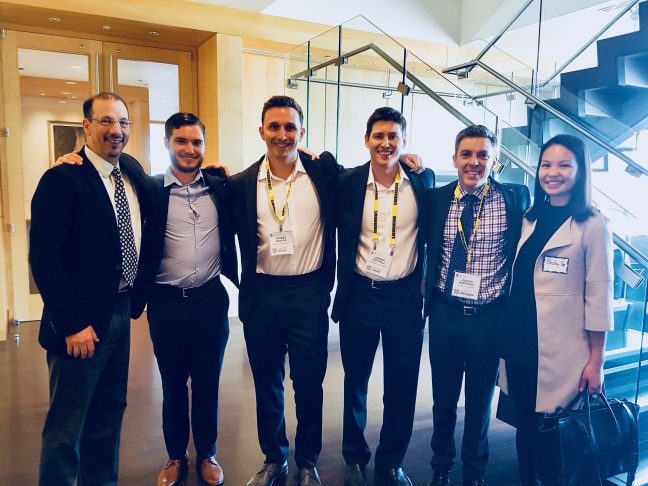 Last night, Offroad Robotics and Queen’s alumni were on the top of Bentall 5 in downtown Vancouver at #CIMBC2018 to celebrate the kick-off of Queen’s Mining‘s 125-th Anniversary!  Thanks to Queen’s FEAS Dean Kevin Deluzio, Jordan, Shelby, Stuart and the gang at RockMass Technologies, and Glen Turner (Offroad/MSL alumnus) from Motion Metrics for attending.  And, thanks to Don Lindsay (CEO, Teck Resources) for hosting everyone.  Looking forward to a new year of robotics R&D!