In the world of geotechnical engineering and geoscience, understanding the characteristics of rock masses is of critical importance.  Many engineering projects (e.g., the construction of roads, buildings, bridges, tunnels, as well as both surface and underground mines) require interactions with rock masses, which have highly anisotropic properties due to the existence of discontinuities.  These discontinuities usually manifest themselves as planar surfaces that come in sets (called joint sets), each statistically distributed in orientation.  Mapping these sets, by making strike and dip measurements, is a fundamental task in geotechnical engineering.

However, manually collecting strike and dip measurements with a Brunton compass is tedious and time consuming.  And, in some cases, this task can be dangerous if you have to get close to unsupported and/or newly excavated rock.  There are other, less developed, ways of doing this by using camera (photogrammetry) or stationary LiDAR measurements, but there can big problems with these methods, including price, accuracy, and the need for significant human input (and error).  Hence, these approaches are not widely used in industry.

In this project, funded in part by the NCFRN, we developed a new approach called axis mapping that provides a quick and easy way for geotechnical engineers or geologists to automatically generate rich and complete stereonets that map the joint sets of exposed rock cuts, whether these are on surface, underground, or in hard-to-reach places.  Our system is lightweight, mobile, fast, and accurate.

In the spring of 2016, with the support of PARTEQ Innovations, MSL decided to give some entrepreneurial Queen’s students (via the QICSI program) the chance to exploit their newly developed intellectual property.  A team of students took up the challenge and we are happy to report that they have formed the spin-off company RockMass Technologies.

M. J. Gallant, J. A. Marshall, and B. K. Lynch.  Estimating the heading of a Husky mobile robot with a LiDAR compass based on direction maps.  Invited paper in Proceedings of the 2014 International Conference on Intelligent Unmanned Systems, Montreal, QC, September 2014. 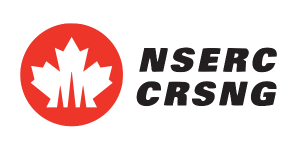 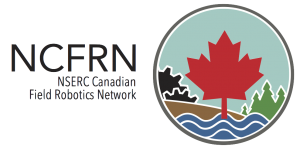